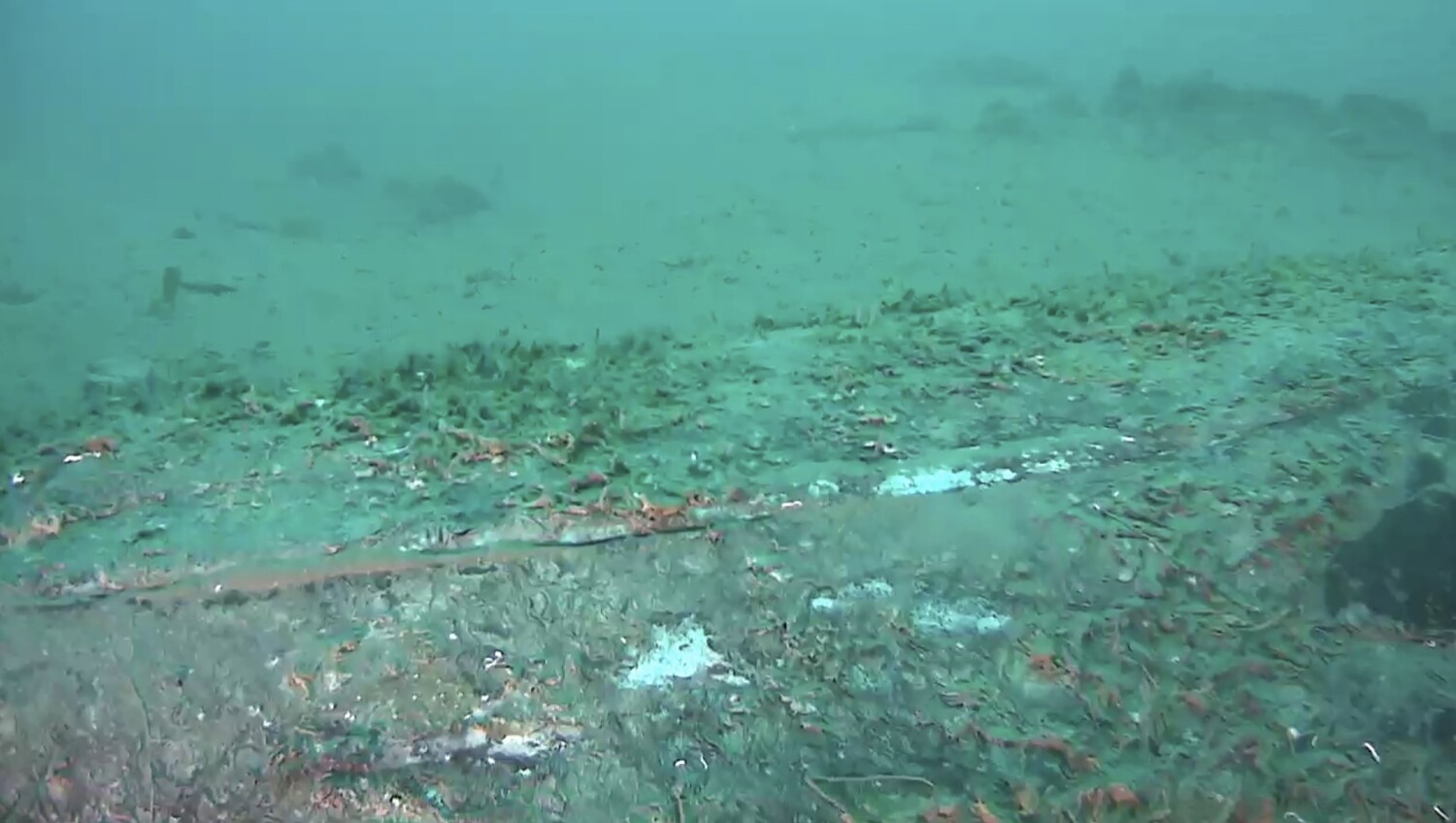 A video of the sea floor off the Orange County coast this week shows damage to an oil pipeline that sent an estimated 144,000 gallons of crude into the ocean, fouling beaches and threatening ecologically sensitive wetlands.

The footage, taken by a remotely operated vehicle on Monday, appears to show a portion of the 4,000-foot section of the nearly 18-mile oil pipeline that had been displaced. Diver reported and video showed a 13-inch split along the pipe’s length, according to the joint unified command overseeing the investigation into the spill.

Martyn Willsher, president and chief executive of the pipeline operator’s parent company, Amplify Energy Corp., described the force as pulling the pipe in an almost “semicircle.”

“The pipeline has essentially been pulled like a bowstring,” he said.

Federal sources told The Times this week that the displacement could best be explained by a ship’s anchor dragging across the ocean floor and hooking the pipeline, which runs from the Port of Long Beach to an offshore oil platform known as Elly.

There were multiple large cargo vessels in the immediate area of the leak before the oil was spotted.

A final determination for the cause of the spill may take months, but Coast Guard investigators have come up with no other explanation, federal sources said. Authorities said the video confirms that oil is no longer leaking from the 41-year-old pipeline.

Pipeline expert Richard Kuprewicz expects investigators to remove the damaged pipeline, then begin a metallurgical examination of the steel.

“When did the strain occur?” he asked. “Days before? Or did something in its operation cause it to rupture Friday night? The forensic science is sophisticated, and they should be able to tell if the damage was delayed or immediate.”

Cleanup, which some county officials estimate could take months, continued Thursday morning ahead of a storm that meteorologists say could bring 20 mph winds to the region and push oil toward beaches.

By the end of the week, officials expect to have 1,500 workers cleaning oil from beaches and offshore areas from Sunset Beach to Dana Point. Early Thursday, a pollution-control vessel was working off the Huntington Beach coast where a plume of oil has lingered since the spill. Two other vessels were tackling another slick that has slowly moved south over the past four days and is now off the coast of San Clemente, maps show.

More than 5,500 gallons of crude oil have been recovered and 12,860 feet — almost 2½ miles— of containment boom have been deployed, according to the Coast Guard.

Rep. Mike Levin (D-San Juan Capistrano), who toured the spill this week by boat and helicopter, said he could see oil stretching down the coast. He’s pushing legislation that would ban future offshore drilling, but he’s also interested in phasing out drilling that’s currently underway. The offshore oil infrastructure is aging and creating more risk of ecological disaster, he said.

“It’s just not worth drilling along Southern California’s coast,” he said. “The amount of oil we produce really is a drop in the bucket.”